Astronomy and Astrophysics at CUNY

The Astronomy and Astrophysics programs at CUNY are involved in a wide array of research topics, integrating many devoted faculty members with undergraduate, graduate and postdoctoral researchers. Research in all areas is carried out both at each member’s home institution as well as in conjunction with a research facility program at the American Museum of Natural History’s Astrophysics Department.

Victoria DiTomasso (Hunter ’18) wrote a commentary on her unique career path in astronomy that got published in Physics Today. Victoria is currently a Fulbright Scholar in Potsdam, Germany, and will begin in the astronomy PhD program at Harvard in Fall 19. 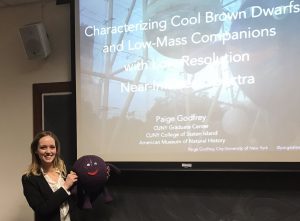 CUNY Astro’s proud to announce the successful defense of Dr. Paige
A. Godfrey (The Graduate Center, College of Staten Island). She was the first CUNY
Astro grad student to receive a Dissertation Year Fellowship from the
CUNY GC, and the first to receive a Rodger Doxsey Travel Prize from the AAS. 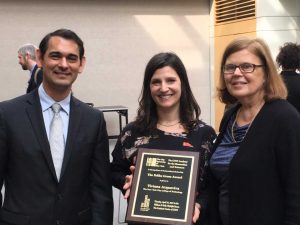 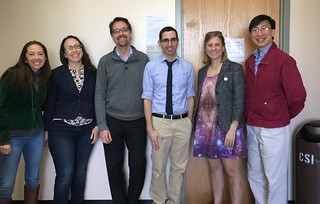 CUNY Astro’s most recent Ph.D. graduate is Dr. Joe Filippazzo (The
Graduate Center, College of Staten Island). A large part of this
thesis research on measuring the fundamental parameters of M, L, T,
and Y dwarfs was published in an article
appearing in the Astrophysical Journal. His committee consisted of
her advisor, Emily Rice (CUNY CSI), and Kelle Cruz (CUNY Hunter
College), Jackie Faherty (Carnegie), Charles Liu (CUNY CSI), and
Michael Cushing (University of Toledo). Joe is now at Research and
Instrument Analyst at the Space
Telescope Science Institute in Baltimore, Maryland. 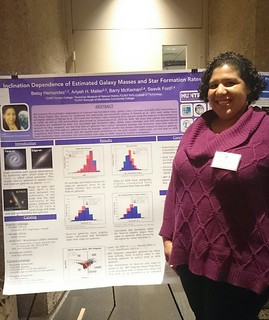 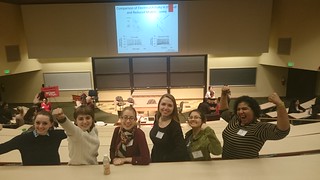 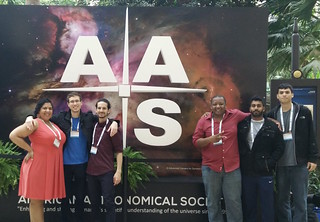 Check out the News Archive for more!

Need help with the Commons? Visit our
help page Send us a message
Skip to toolbar

Built with WordPress | Protected by Akismet | Powered by CUNY