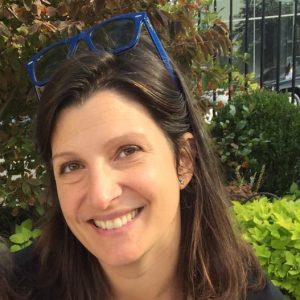 Prof. Acquaviva’s research focuses on solving complex problems using a mix of analytical and numerical methods. She has published papers on a variety of topics, ranging from the physics of the very early Universe to the nature of dark energy and gravity today, to the evolution of galaxies through cosmic time. Lately, she is developing statistical techniques for predictive modeling, and is using these tools to study the physical properties of distant galaxies. Find out more about Prof. Acquaviva in these blog posts:
Astro and the City and CANDELS Astronomer of the Month: March 2014.
Publications
Contact: vacquaviva at citytech dot cuny dot edu 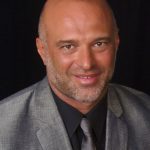 Prof. Anchordoqui’s research focuses on the interface between particle physics, cosmology, and high energy astrophysics. He is specially interested in questions about dark matter, string phenomenology, cosmic neutrinos, and ultra-high energy cosmic rays. He has been an active participant in studies aimed at understanding the physics capabilities of the Pierre Auger Observatory. He is a member of the Pierre Auger and JEM-EUSO collaborations. JEM-EUSO is a unique ultraviolet telescope to be mounted on the International Space Station. In addition to unveiling the origin of the highest energy particles in the Universe these cosmic ray experiments also contribute to studies of atmospheric science, meteor observation, solar physics, and beyond. 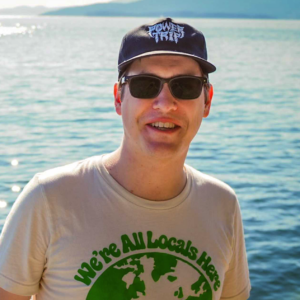 Prof. Bell is an observational astronomer focusing on time domain studies of white dwarf stars, which are the dense end products of most stars after they run out of nuclear fuel. In particular, he is searching for new planets around white dwarfs that provide a glimpse into the future of our own Solar System, and he analyzes the vibrations of stars that reveal the conditions of their deep interiors. 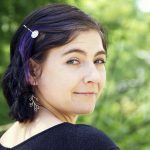 Prof. Cruz is part of the BDNYC collaboration and her research focuses on the observational study of brown dwarfs and very low-mass stars. Brown dwarfs form like stars, but unlike stars, they cool over time have radii, masses, and temperatures similar to giant gas planets like Jupiter. She uses optical and/or near-infrared spectroscopy (0.6–5 microns) on telescopes in Hawaii, Chile, and Arizona to collect data on these objects and uses specialized computer software (e.g., IRAF, IDL, Python) and custom programming to do the analysis. Much of her research concentrates on creating a volume-complete sample of very low-mass stars and brown dwarfs and using that sample to undertake statistically robust studies of their physical properties. She also is currently studying juvenile brown dwarfs, only recently discovered, that have ages likely between 10 and 100 Myr and masses between ~10 and 30 Jupiter masses. Much of her current research efforts are focused on getting more accurate ages for these objects and using them to identify and calibrate age indicators in brown dwarfs. Prof. Cruz is also the founder and editor for AstroBetter, a blog and wiki site for professional astronomers. 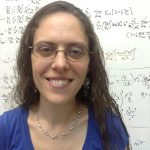 Prof. Ford works on Active Galactic Nuclei (AGN)—galaxies which appear to have an accreting black hole and/or significant star formation in their nuclei. Her primary interest is in studying the structures that allow accretion onto black holes and how matter fueling activity arrives in the nucleus. She primarily uses high-contrast, high-resolution imaging, and is also working with a new kind of optical interferometric technique called non-redundant masking.

Prof. Liu conducts research primarily on colliding galaxies, starburst galaxies, and the star formation history of the universe. He is a co-investigator of COSMOS, an international cosmic evolution survey anchored on the largest contiguous area of sky ever imaged by the Hubble Space Telescope. Using both ground-based and space-based observatories, he studies changes in galaxy populations over the past 10 billion years of cosmic time, and probes how those changes might foreshadow the future evolution of our own Milky Way Galaxy and the universe as a whole. Prof. Liu has also authored and co-authored numerous books and articles presenting astronomy to general audiences, including One Universe: At Home In The Cosmos (2000, Joseph Henry Press, with Neil Tyson and Robert Irion) and The Handy Astronomy Answer Book (2014 [3rd edition], Visible Ink Press). Currently, he is also serving as the faculty director of Macaulay Honors College and The Verrazano School at the College of Staten Island.
Contact: Charles.Liu at csi dot cuny dot edu 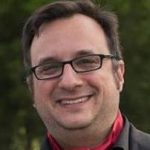 Prof. Maller’s research focuses on the formation and evolution of galaxies. He pursues this through a variety of methods, running hydrodynamical simulations, working with analytic and semi-analytic models, and by analyzing observations in ways more suited for comparison with theoretical model. One of his primary interests is in understanding the gaseous halos of galaxies, which provide the fuel for future star formation. He is also active in studying dust in spiral galaxies, quasar absorption systems and their local analogs, how galaxies get their angular momentum and gravitational lensing by spiral galaxies.

Prof. McKernan studies the central engine of active galactic nuclei (AGN). He uses X-ray and infrared observations of AGN to constrain models of accretion onto supermassive black holes. He also carries out theoretical studies of fueling of AGN and is interested in MHD simulations of the central engine. He is part of a team applying a new detector technique to space telescopes in order to image details in AGN.

Prof. Minor’s research focuses primarily on dark matter in dwarf spheroidal galaxies, which are among the most dark matter-dominated objects in the universe. With an eye toward elucidating the particle nature of dark matter, he is developing statistical tools to extract the amount and distribution of dark matter in dwarf galaxies from spectroscopic data sets. He also studies binary star populations in these galaxies, comparing binary properties in different populations to test the universality of the star formation process. Dr. Minor is also interested in using strong gravitational lensing to probe dark matter halo structure and substructure, particularly from upcoming sky surveys such as LSST, and has written software to simulate gravitational lenses for this purpose.
Publications
Contact: qminor at bmcc.cuny dot edu

Prof. O’Dowd is a researcher in extragalactic astrophysics. His primary interests are in gravitational lensing, quasar physics, and in multi-wavelength observations of galaxies. A focus of his current work is in using gravitational microlensing of strongly lensed quasars to map the inner structure of quasar central engines. Ground-based and Hubble Space Telescope observations of quasar microlensing events are used to constrain models of quasar accretion disks and the kinematics broad emission and absorption line flows. 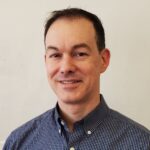 Prof. Paglione’s main field is microwave spectroscopy of interstellar molecular clouds. He studies primarily the very largest clouds in galaxies, which form the most massive stars. These stars live furiously, greatly affecting their surroundings with their winds and radiation, then die dramatically in giant explosions that enrich the interstellar medium in heavy elements. Their lives are relatively brief as well (“only” 10 million years or less) so their impact is not only profound but immediate. Certain galaxies known as starbursts create numerous clusters of these massive stars in their centers. Dr. Paglione studies the gas that forms these stars in starbursts and in our own, normal, Milky Way Galaxy, estimating and their physical properties and comparing them with the galaxy dynamics. Not limited only to the radio, Dr. Paglione also studies the gamma-ray emission from starburst galaxies, which originates from their numerous supernovae and a cascade of particle reactions and high energy emission mechanisms. 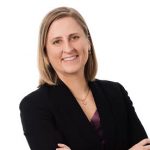 Professor Richards’ research interests include astronomy education and exoplanet detection. He uses data mining techniques to predict performance of students in general education astronomy courses with the goal of increasing the passing rate. He is also interested in follow-up observations of exoplanet transits.

Prof. Robbins specializes in science/physics education and is co-Pi of AstroComNYC. At Hunter College, he teaches courses in educational technology, robotics, life sciences, Earth & space sciences and physical sciences. At the American Museum of Natural History, he teaches “Science Thought and Practices” a course for understanding the nature of science. His research interests are in the study of science and the use of digital technology to teach the process of science and data literacy. His publications appear in The American Biology Teacher, The Journal of Chemical Education, Life Sciences Education, the Journal of Engineering Education, and The Physics Teacher. He once appeared on the Discovery Channel’s game show “Cash Cab” and received a record prize award. 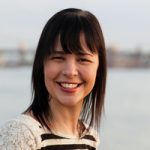 Prof. Sheffield’s research focuses on the structure and formation of the Milky Way by studying the motions and chemical abundances of old stars, mainly M giants and RR Lyrae stars, in the halo of our Galaxy. These types of old stars are excellent probes of the outer regions of the Milky Way and enable an understanding of both the small- and large-scale structure of the Galaxy. Of particular interest are stars that are part of Galactic substructures, as full 6D phase space information for stars in substructures — tidal streams and diffuse stellar clouds — can constrain the properties of the Milky Way’s dark matter halo. Prof. Sheffield regularly travels to observatories in Arizona and Chile to collect optical and near-IR spectra, from which she derives and analyzes the chemodynamical properties and, for high-resolution spectra, atmospheric parameters for these old stars.
Publications 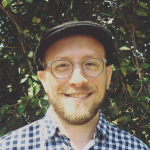 Prof. Tan is an optical astronomer by training, intensely interested in short-period binary millisecond pulsars. Aside from that, open problems in binary modeling, neutron star physics, and three-body dynamics occupy most of his research thinkspace. Recently, he became entangled with a project to commission a research and teaching telescope at Grand Mesa Observatory outside of Grand Junction, Colorado with remote access observing from New York City, either from the Astrophysics Division at the American Museum of Natural History or from the comfort of the observer’s own home! The telescope is now operational and contributing light curves to the database of the American Association of Variable Star Observers.
Publications

Prof. Welker is a computational astrophysicist. Her interests are at the intersection between Astrophysics and Cosmology.  She runs large cosmological simulations to study the formation and evolution of galaxies in their cosmic environment. Understanding how the large-scale structure of the Universe (the “cosmic web”) evolves and shapes galaxies in the process is a particular focus of her work. To do so, she studies the mechanisms that drive this interplay: tidal interactions, inflows into galaxies, mergers and outflows from central black holes and supernovae. To complement her simulations, she is involved in a number of observational programs on ALMA, JWST and the AAT. She is particularly interested in integral-field spectroscopy which allows to map out the internal kinematics of galaxies.

Rysse Guzman (she/they) is the program Counselor and Inclusivity/Community Coordinator for AstroCom NYC. She has a Master’s in Mental Health Counseling from Naropa University with a therapeutic orientation based on anti-oppression and liberation for all beings. Rysse supports students with their mental, emotional, and spiritual health throughout their college careers. They offer one on one sessions, workshops, mediation, and group facilitation. Rysse also facilitates AstroCom NYC Solidarity Group—a therapeutic support group for students to practice grounding exercises, build community with AstroCom peers and alumni, and a space to process current events, experiences of oppression, self-care, community care, and much more. Rysse also supports with AstroCom Studen Union—where representatives discuss ongoing action items to support students and the program. Additionally, they facilitate AstroCom Community Committee (Comm^2)- a committee that brings together AstroCom NYC faculty and students for the purpose of dismantling harmful oppressive systems and creating accessibility and safety for marginalized students in AstroCom. You can learn more about Rysse’s work on https://www.rysseguzman.com/.

Need help with the Commons? Visit our
help page Send us a message

Built with WordPress Protected by Akismet Powered by CUNY